END_OF_DOCUMENT_TOKEN_TO_BE_REPLACED

Get set up taking photos with the Pis camera module, then learn how to do some image editing in python

Materials for the workshops can be found at bit.ly/mcrraspjam

Our next Jam is at The Shed on Saturday 11th April

Learn the basics of coding in Minecraft using the Python API. You don’t need to have programmed in Python before to attend

This is a shortened repeat of our March workshop, to allow everybody to play Storm the Castle

Once you’ve learnt the basics of the Minecraft API, use these skills in a race to the top a castle.

Prizes for the first 3 to reach the top

Pete Lomas will be running a workshop on getting started with Scratch and General Purpose Input Output (GPIO), built on the excellent Scratch GPIO support package created by Simon Walters. Ideal for beginners.

2:00pm
Star in your own recreation of the famous ‘bullet time’ effect popularised by The Matrix films at the next Manchester Raspberry Jam.

40 Raspberry Pis take your picture from every angle in unison, which are then stitched into a video where you appear to hang in mid air while the camera moves round the scene. Andrew Robinson and his team will also be on hand to explain the story behind the rig, how it works, and share the backstage gossip from its recent use on BBC Four’s iconic Royal Institution Christmas Lectures. 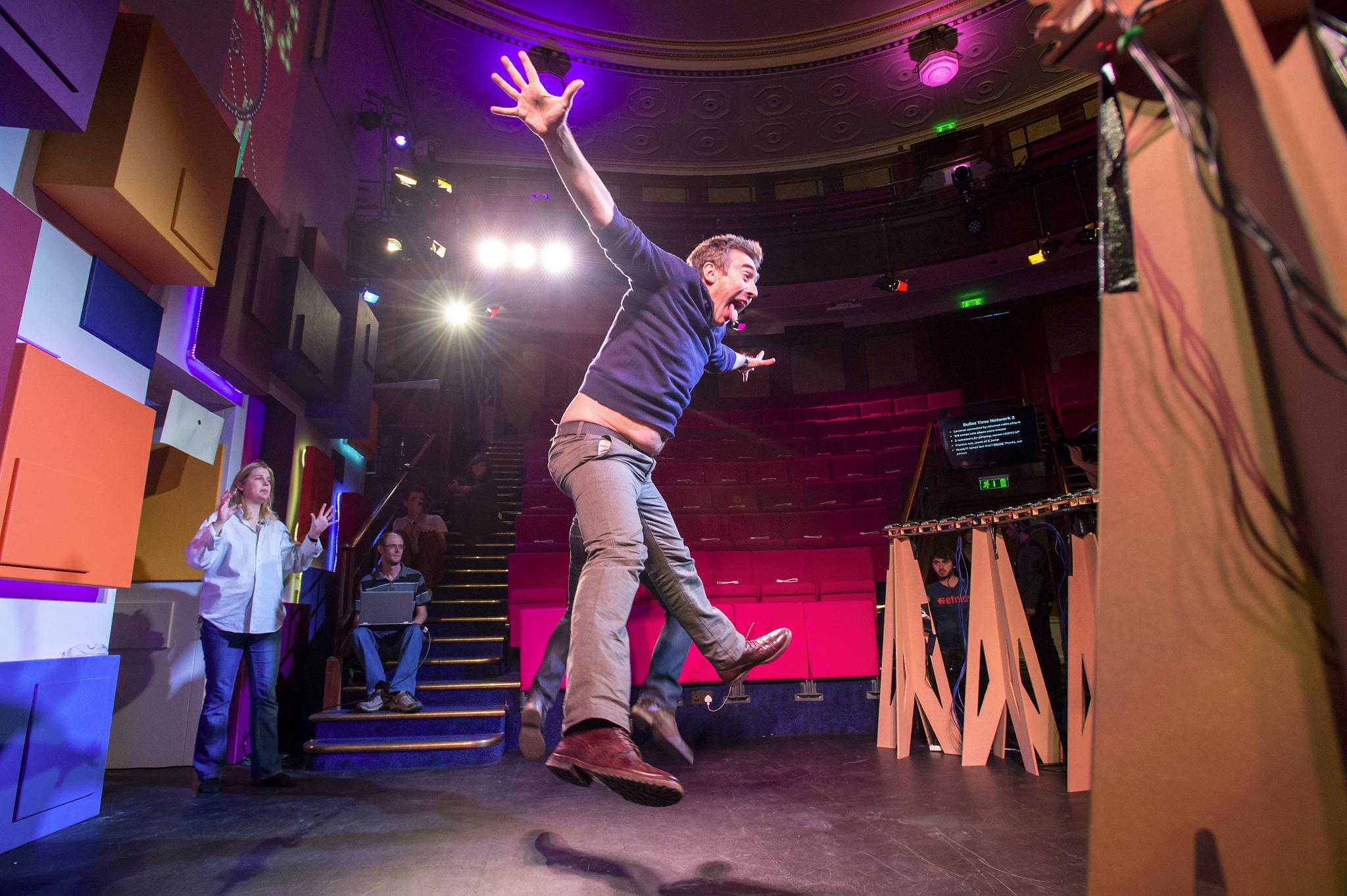 We’ll be running various other workshops in the future. We’re open to suggestions, so if there’s something you’d like a workshop on, send us a tweet @mcrraspjam

Get tickets for the next jam at mcrraspjam23.eventbrite.com

This is the first of a series of ‘electronics’ workshops running at Manchester Raspberry Jam. We have space for up to 20 participants working in pairs. All kit will be provided.

The main session will last about 90 minutes starting at 11:30am and the kit will be available till the end of the Jam.

Manchester Raspberry Jam and Python North West regular Dave Jones has been working hard on a pure Python implementation of the Pi camera module – of which he recently released a feature complete v1.0. The announcement was made by Ben Nuttall on the Raspberry Pi blog, along with example usage and demonstration of its application in a web app:

If you have a Raspberry Pi camera module, you’ve probably used raspistill and raspivid, which are command line tools for using the camera. Dave Jones, a Database Admin, software developer and SQL know-it-all based in Manchester has been working on an equivalent, feature complete implementation of these in Python. This means you can access the camera module directly from a Python script, without using os.system or executing a subprocess.

A huge thanks to our AV Team for filming all of the talks at Manchester Raspberry Jam XVI in November – Les Pounder, Dan Lynch, Olly Clark and Tony Hughes.

Manchester-based sysadmin Will Jessop, who presented his robot (mostly made at the Manchester Hackspace) at our 16th Jam last month – has had his story featured by Ben Nuttall on the Raspberry Pi blog:

Will Jessop is a systems administrator for 37signals and he runs the North West Ruby User Group in Manchester. I bumped in to him recently and discovered he was working on a personal project with a Raspberry Pi. The aim of the project is to solve the problem of ping pong balls on the floor at the 37signals office in Chicago. The solution is a web-enabled robot with mounted camera allowing people to collect balls in to a basket.

Andrew Robinson and the PiFace team wrote up their bullet time project, which was demonstrated at Jam 16:

Some people said we were trying to build a Raspberry Pi time machine. In some ways they were right. Others compared it to the LHC at CERN and said we would warp time and space when they saw our pictures on Facebook. They were partly right too.
And on the Friday night before the Jam it felt like we were building the LHC! With nearly half a kilometre of network cables, 48 Raspberry Pis fitted with cameras and PiFace Control and Displays we wondered if we’d finally been too ambitious with a project!